Along with wallets, headphones, and glasses, house keys are one of the items that get lost all the time. An average American loses 25 days each year, looking for house keys! That’s almost wasting a whole month on searching for house keys! Now think of all the amazing places you could have vacationed in that amount of time! Or had a good quality time spent with your friends, your spouse or kids!

Besides that, the safety issues posed by locks that can create problems due to break-ins caused by bump keys, that can be easily purchased for less than $5 in many cases!

Hence, it’s not a surprise that people are switching over to keyless locks. Keyless seems to be the new wireless, and it’s taking households like a storm. 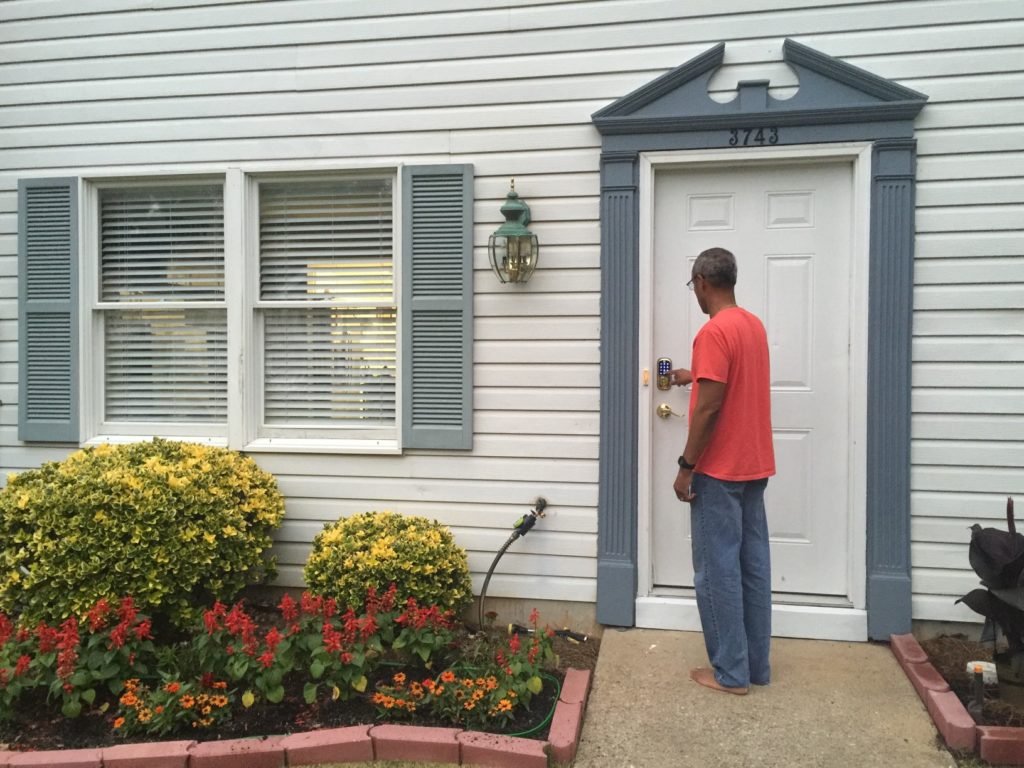 Both traditional keyless and smart door locks, enable you to have a certain code, (which only you know) and easily open the doors to your house. If you have close family and guests coming over, instead of making them spare keys, all you need to do is give them the code via a simple text message from anywhere you are! Make sure you don’t make this a habit though.

Also, if you suspect someone knows the secret code, all you do is change the code quickly. No need to search for your nearest lock and key shop to make a spare key!

Now, both types of keyless door locks are quite similar, but it is important to know what exactly is unique about each of them. Both are great alternatives to traditional locks, but each one is curated for a different type of user.

Traditional Keyless Locks: These locks are quite traditional. Think of them as traditional locks, but without keys. Surely, it’s not as simple to compare the 2 like that, but in general traditional electronic keyless locks have been around for a while. These keyless locks were first patented for the hotel industry back in the 1970s. They were also used in commercial settings, and then later entered the residential market. Ever since then, the locks have become more sleek, colorful, aesthetic, and have features like being Bluetooth connectivity, but the design stays the same.

Pros:Traditional keyless locks are relatively simple to set up and operate. They don’t need a smartphone connection to operate, and hence, are great for people that do not have them, or are not very good with technology. All you need is a single code, which can often be reprogrammed at will, and disclosed to other people needing access to your house, without needing any spare keys.

Cons: The one major disadvantage of these electronically powered locks is that, in the event of a power outage, they could potentially stop working. Also, if you forget your code, which is as bad as losing your house keys for a traditional lock, if not worse, you could be locked out, and there is no room for lock-picking tricks to get into your house!

Smart Door Locks: Smart locks are obviously much newer into the field. You can say that there is almost a generational gap between traditional keyless locks and smart door locks. Without the smartphone (invented in 2007) there is no place for a smart lock! The first company to officially get into the game was August Home, which is a San Francisco based company, now owned by Assa Abloy conglomerate. Smart locks connect wirelessly and are remotely operated, via your smartphone. The wireless connection could be either Wi-Fi, Bluetooth, Z-wave or Zigbee. The locks themselves have their own batteries that power them, and in most cases the smart lock app would give you warning for when your lock’s battery is low.

Pros: The advantage smart locks have, when compared to traditional locks is that they can be remotely operated, and instead of remembering a complex code, all you need is a swipe that locks or unlocks the door! The lock itself is battery powered, and hence a power outage should usually not be a concern for the lock not working. Smart locks are also customizable with many features like biometric recognition, face and voice recognition that can be changed whenever you want.

Cons: Firstly, for those that are not tech savvy, or don’t own a smartphone, this is clearly not the option. People who aren’t comfortable with smartphones could accidentally unlock the door at the wrong time, and an intruder can get in. A bigger problem though, is like any app, there can be malfunctions with the software and there have been instances where customers got locked out due to the app malfunctioning. Of course, these are not the days when smartphones are in their infancy, and choosing the right smart lock brand can go a long way.

As you can see, both traditional and smart keyless door locks have changed what it means to have a lock and key for your house. In today’s generation of pioneering smart technology there are many keyless ways to open your door. However, you need to see what kind of a user you are.

If you are a tech savvy person that can’t live without their smartphone and knows which smart lock app will give you the best security and value for money, you cannot beat the convenience of smartphone locks. However, if you are not comfortable with technology to the same extent, and just want the same functionality of a traditional door lock, just without the key, and the headaches that come with losing them, and you are an expert in memorizing passcodes, go for the traditional keyless option.

STAY CONNECTED WITH US